Ten Nebula is a trained shaman, Reiki master, psychic, trance channel, and schooled doula.  She also attended high school for art and attended City College of New York in Harlem for art history.  She has been trained in many holistic health modalities. She believes in proactively healing one’s life in order to shed fears & disease states of being. Ten Nebula offers her healing work in the form of blogs, videos, and talks at this time. It is a goal of hers to write books on health and open a healing clinic in California.

Ten Nebula is a social activist who believes that in order for humanity to progress we must be FULLY aware of the issues we hold. She presents her activism in form of blogs, videos, and talks. Her major focuses are women’s issues, animal rights, and gay/transgender rights. Ten Nebula also donates to U.S. non-profits, nationwide, on the monthly & annual basis.

Ten Nebula is an environmentalist. She donates to U.S. green non-profits every year. She participates in Earth day clean-ups. She strongly believes in the power of recycling and composting. She educates the public about ways to help the environment through her blogs, videos, and talks. Ten Nebula is also a white witch who honors and worships The Goddess, Nature, Gaia (the earth mother) and serves The Light / Divine Will.

Ten Nebula believes in the equality for all. She advocates for people to exercise their right to vote and be properly educated about the American systems (i.e. police, federal courts, making of laws, etc).  She also works towards rallying the U.S. government to make more U.S. companies/entities transparent and honest so the American people can BETTER relate to them. Ten Nebula has sued Facebook and 8 other U.S. companies over issues of racism, sexism, cyberstalking, and cyberbullying.

Ten Nebula believes in karma yoga, donating, giving back, and volunteering as a way to find your purpose and to be of serve to the whole. She donates on the monthly and annual basis. She had volunteered at Earth day clean-ups, vegetarian festivals, holistic health centers and green festivals. She also gives back by offering to the public free blogs, free educational videos for years that are now recently monetized, and useful talks. She also gives back through her daily spiritual practice.

Ten Nebula is an artist who has been singing since she was in middle school, dancing since she was a child, modeling since she was a teenager, and discovered her love for acting as a young adult. She attended high school for art and attended City College of New York in Harlem for art history. She also donates to art-based institution (like The Studio Museum of Harlem, Five Myles Gallery, etc.) on the annual basis. She has volunteered at art-based events like New York Cares Day & Celebrate Brooklyn Art Festival.

Ten Nebula is currently working on preparing her life for her next level as an artist in Hollywood where she will focus on writing, films, documentaries and her performing arts.

Thanks for visiting and supporting my work!!!!!

In love, light, and strength,

This Goddess Mystery school has been created to assist peoples from around the world who are interested in honoring the feminine principle in their lives. Our school is focus on helping others to bring more balance, joy, and harmony into their lives through Goddess worship. We can all reclaim our art, our emotions, our intuition, our self-love, and lost fragmented selves to become whole again.
For too long, this patriarchical society and western civilization have oppressed the Goddess, her spirituality, her forms, her worship, “herstory”, and women worldwide. It has been done out of fear of women’s power, sexuality, and mysteries. This world has morphed into a place that upholds misogyny and female disempowerment as commonplace. Most of everything is done in a way that goes against nature, destroys the earth, and degrades women. This creates disharmony, chaos, and dis-ease.

In order to live life fully and wholistically, we must return to acknowledging and honoring the Great Mother Goddess. She is the grain we eat daily, she is the night sky, and she is the waters that surrounds us at birth.

Our Goddess Mystery School can help you to:

– connect at a deeper level with The Goddess

– connect at a deeper level with yourself and inner truth

– expand yourself on all levels of being

– make a greater contribution to humanity, the Earth, & The Goddess

We are all born from a woman and birthed from the Great womb. And so it is!!!!!

Blessed be Everyone
Ten Nebula 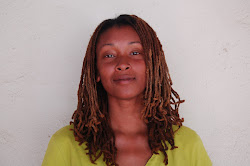 Make Your Payment for Our Mystery School Using Paypal

By visiting our other site - www.thespiralofthegoddess.blogspot.com Click on the Paypal "Buy Now" button and make your payment. The button is on the right side of the screen. Thanks!!!!!!

Do some good today. Make a Love Donation.

The Ways of The Goddess

The Ways of The Goddess 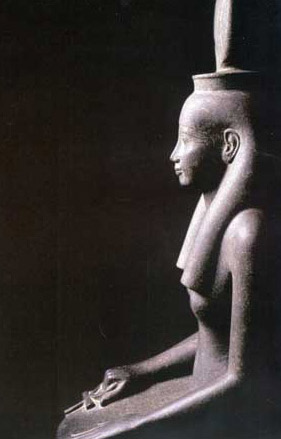